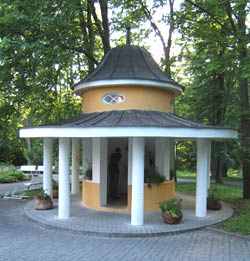 Welcome to our local railway Pňovany - Konstantinovy lázně - Bezdružice internet pages.
Picturesque Konstantinovy Lázně (Konstantinsbad) is situated in the West Bohemia, in the middle of area defined by Karlovy Vary, Mariánské Lázně and the town Pilsen (Pilsner Urquell brewery). Konstantinovy Lázně is the centre of calm foothills. There are many beautiful natural creeks, curative spas and ruins of medieval castles. Švamberk belongs to the most known castles, its ruins on the mesa Krasíkov are the symbols of this locality. There is also the ruin Gutštejn, which is said to be the most romantic in Bohemia. In the castle Bezdružice you can visit unique glass museum. The medieval monastery Teplá is interesting with its history and architecture.


All this locality is paradise for cyclists, history lovers, turists and spa visitors. They appreciate calm and fresh air. It´s more than 100 years, when the local railway Pňovany - Konstantinovy Lázně - Bezdružice went into using.

Inhabitants of that locality had already wished to have a railway in 1872, when the main railway line from Wienna to Cheb and Marianenbad was being built. However this line passed off this locality. In year 1894 plans for building of 24 kms shuttle-train were worked out. It led from the main - track Pňovany station (in the past Nový dvůr), through Trpísty, Cebic and Konstantinovy Lázně to Bezdružice. Track operation started on the 6th June 1901, the highest building is steel bridge with stone pillars across the valley of the river Mže and it is 210 m long and 47 m high. Engine house was built in Bezdružice, two small engines from set 97 handed by The First Bohemian and Moravian Factory of Engines in Prague. At the beginning there were only 3 pairs of goods-trains with a possibility of personal transportation. Coal and piece goods were imported by train. Commodity, wood, bricks, basalte from Hradišťský hill were exported. In the year 1918, when Austria - Hungary declined, this railway went to the Czechoslovak State Railways (ČSD). 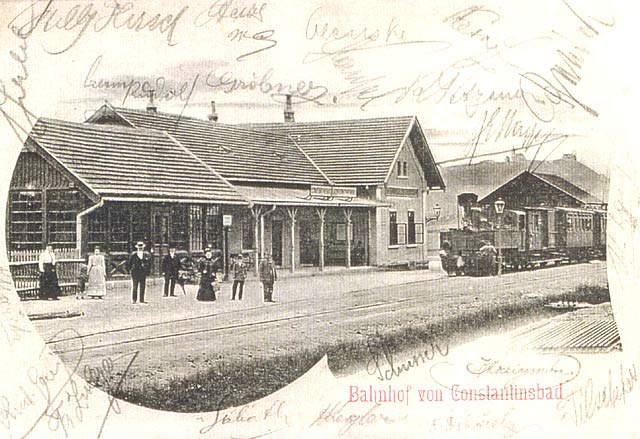 Former station Konstantinovy Lázně (today Kokašice) in the year 1902. In the background ruin of the castle Švamberk.
Collection Václav Simbartl
In the year 1930 railmotors started to be used and this led to speed up the personal transportation. The Second World War had a substantial consequences. After the Munich diktat in 1938 the Czechs were ejected from this locality. After the end of the war German majority was displaced. Communist dictatorship after 1948 brought great cultural decline and this took effect on land marks devastations. But local railway was still serving to growing personal and goods trains. After the war reliable railmotors M 131.1 were used. After 1983 they were replaced by modern type M 152.0 (today row 810). Steam locomotives were replaced by motor ones in 1969.

In 1989 the so called Velvet Revolution happened in the Czech Republic. Communist dictature was replaced by democratic system. In connection with this, there were economic changes that had huge consequences for railway. Personal and goods transportation decreased on shuttle-trains. It was considered to be stopped. But it would have had a negative impact on transportation service fot this area, in which many roads in winter are hardly drivable.
Local railway is important part of region "genia loci", and it is hard to imagine successful tourist trade without it. So the supporters of railway keeping help with cultivation and propagation of this area. What is good for tourist trade in locality is also good for keeping local railway in activity. Journeys of excursion steam trains are held, some of the stations were refreshed and there also exist coaches for bike transportation. Thanks to EU funds and people effort many cycle-ways were pointed out, historical land marks are rebuilt, tourist and spa service is developed. In 2014 was opened Railway museum on railway station Bezdružice.
You are welcome in our beautiful area under Švamberk castle and we are sure, that you spend unforgottable moments here. You can visit us by local train, that belongs among one of the most romantic in this area. You will help not only railway and local people, but also to yourself, because Konstantinovy Lázně - is the spa of your heart. 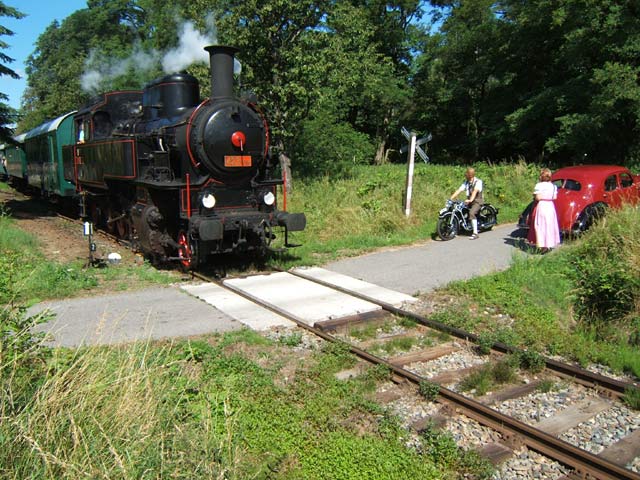 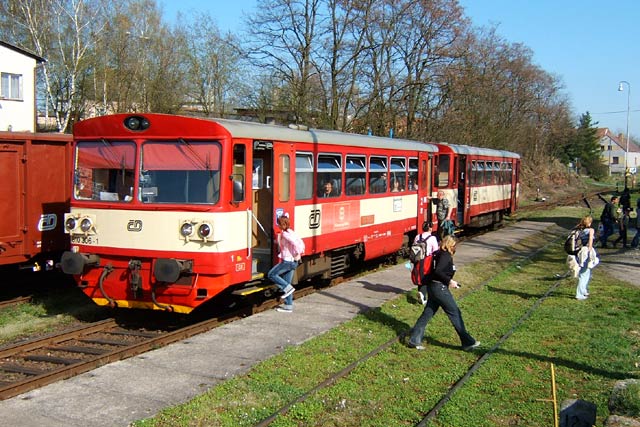 Steam engine set 97 (today 310.072) in the station Bezdružice with the historical group "Regiment No. 35" from the First World War. 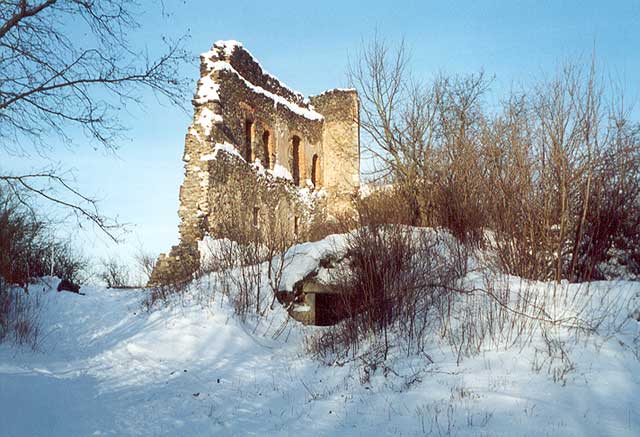 Ruin of the castle Švamberk in winter.
Photo M. Klas 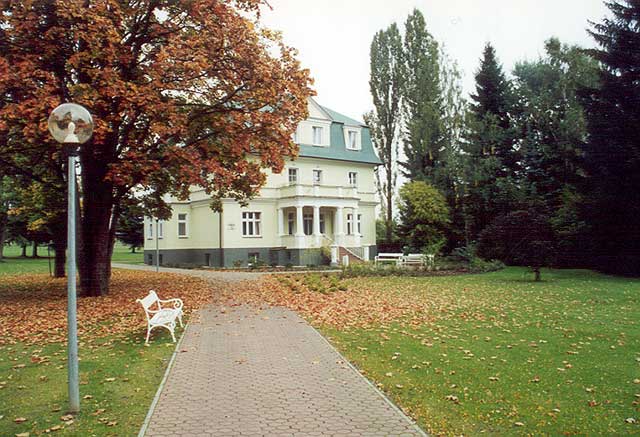 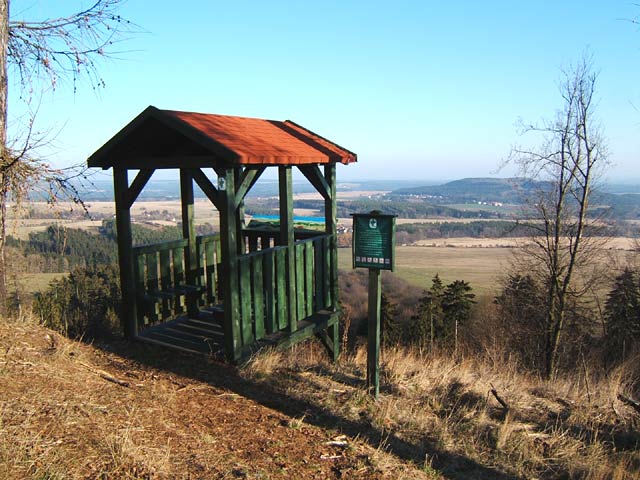